In the introductory pages of Data for Motorcycles, we briefly discussed tire rolling radius and GPS speed vs. wheel speed, and the potential errors that can arise when using a wheel-speed-based data acquisition system. Here we will address this issue and how to compensate for that error when using tire rolling radius in other channels. 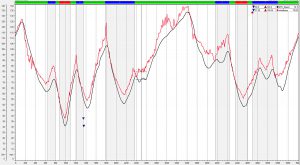 Figure 1: GPS speed is shown in black and wheel speed in red. Whenever the motorcycle is leaned over, wheel speed reads significantly higher than GPS speed due to the change in rolling radius of the tire.

To recap, when a motorcycle leans into a corner, the rolling radius of the tires decrease, and this alters the relationship between measured wheel speed and actual ground speed. The most common evidence of this is in the speedometer, which will show a higher speed the more the motorcycle leans over, even though actual speed does not change. Wheel speed is typically measured by using a sensor that counts pulses from a transmission gear, a sensor ring, or some other set of objects. This count gives a number of wheel revolutions per minute or second, which is then converted to speed by multiplying by the tire’s circumference.

As an example, the Honda CBR1000RR speedometer uses a sensor on the driven sixth gear in the transmission, and tapping into that sensor gives countershaft speed in revolutions per minute. From this we can calculate rear wheel speed as follows:

Where the constants convert minutes to hours (60) and millimeters to miles (1609344). Usually we would use the outer circumference of the tire in the calculation and understand that ground speed may be very different from wheel speed when the motorcycle is leaned over. 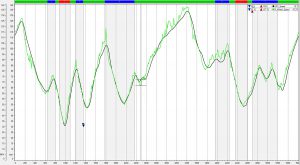 Figure 2: The same data but with wheel speed corrected using a Dunlop-supplied formula for rolling radius of the rear tire.

In some cases, tire manufacturers do release a formula for calculating tire rolling radius or circumference of a specific tire against lean angle. For example, Dunlop typically uses a second-order polynomial equation for its various spec tires:

Where a, b and c are constants and θ is lean angle. Note that lean angle can be calculated from lateral acceleration is you are using a GPS-based system. Note also the relationship between radius and circumference:

This equation can be substituted into the math channel for wheel speed to have it more accurately reflect ground speed, or any other channel that uses tire circumference as part of its input. Figure 2 shows the same data but with wheel speed corrected using a Dunlop-provided formula for tire rolling radius. Wheel speed more accurately reflects ground speed, and the channel is more useful for further calculations. 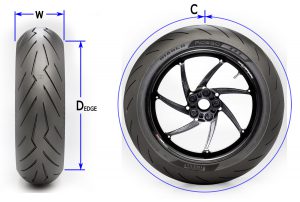 Figure 3: The three measurements needed to generate a formula for rolling radius. (Photos courtesy of Pirelli)

If such a reference is not available directly from the manufacturer, we can estimate an equation for the tire rolling radius by taking some simple measurements. Be sure that the tire is mounted and inflated to the correct pressure when taking these measurements. Referring to Figure 3, the three measurements are: 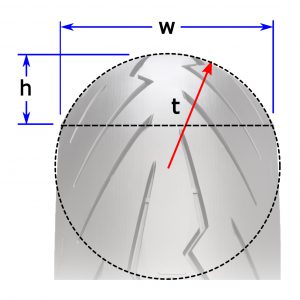 Figure 4. The profile of a tire can be modeled by a circular segment, with the circle’s radius equal to the tire profile radius (t). This radius can be calculated from the width (w) and height (h) of the segment. (Photograph courtesy of Pirelli)

If we consider the tire’s profile to have a constant radius (t), we can find a value for that radius using the above measurements. Note that when we say “radius” here, we are referring to the tire profile radius, not the rolling radius. Figure 4 shows a tire’s profile with a circle having radius t superimposed, and the profile is defined by a segment of the circle with height h, which can be calculated from the measurements recorded.

Where C is the measured circumference and Dedge is the edge-to-edge diameter of the tire. Knowing the height of the segment, we can then calculate the profile radius:

Where w is the measured width of the tire. You can skip all this math and enter values for circumference, width and edge diameter here; values for the segment height and tire profile radius will be automatically calculated. Any units can be used, provided they are all the same (i.e. if you enter values in millimeters, the output will be in millimeters). 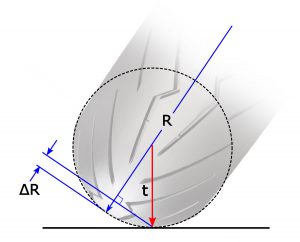 Figure 5. The tire’s profile is always perpendicular to the point of contact at the ground; knowing the profile radius (t) and the lean angle, the change in rolling radius can be calculated. (Photograph courtesy of Pirelli)

where θ is lean angle.

Incorporate this value into any math channel using tire radius or circumference. For example, in the equation above for CBR1000RR wheel speed, the “rear tire circumference” term would be replaced with:

Where C is the measured, outer circumference of the tire.